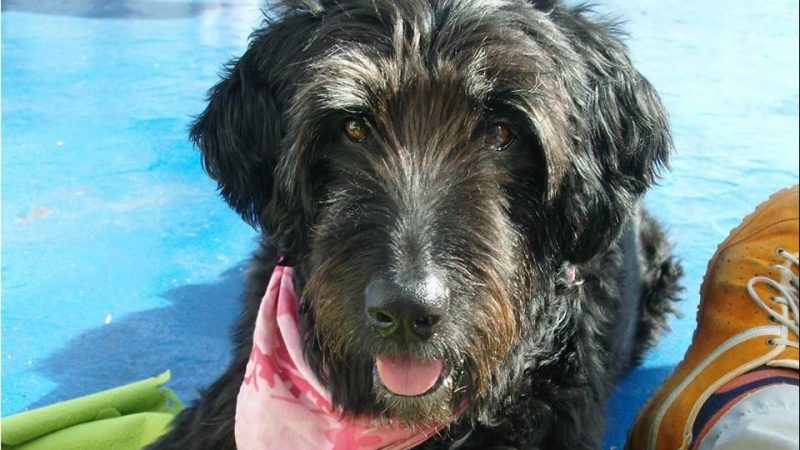 Not too many years ago pets were less commonplace on the streets in Valencia. Nowadays in Spain, people have warmed to humanity’s best friend and other pets.

Dogs and cats kept in blocks of flats is fairly commonplace. However some property owners can be concerned about damage or complaints from neighbours. It is always best to check.

Small areas are fenced off for dogs. Play is officially permitted here. Jovial signs stating perros si can be observed too. The Turia riverbed park is naturally a marvellous place for pets to stroll, play and interact with each other.

Pets need to be on a lead in Valencia. A magnificent dog, Kiva, blessed your writer’s life for many years. She was often in Valencia for extended periods. Roaming the streets with me and sniffing the scents was something she adored. Kiva was, however, mostly unleashed and free, which is not normally permitted. Yet I do not recollect anyone complaining. Even when having a conversation with police officers!

Pets are allowed to walk, run and play on the beach during the winter months. During spring and autumn, locals seems to tolerate their playful antics too.

Surprisingly for some, dogs are not allowed on public transport nor inside restaurants unless otherwise stated. Some eateries allow them on the terrace.

Pet owners should be aware that a threat of parasite born leishmaniasis is present in Valencia, especially in the summer. Vets in Valencia constantly warn of the awful but fortunately treatable disease and suggest precautionary vaccines.

Pets can  travel freely within the European Union but only if they have been micro chipped. They also need to have received the necessary vaccine against rabies. Their owners also have to possess a valid EU pet passport.

The main city beach in Valencia is known as Playa Malvarrosa, which includes Playa del Cabanyal. Well over two kilometres in length, this beautiful stretch of sand is as peaceful off season as it is popular during warmer weather. There is more than enough space to bathe, relax and play ball games.