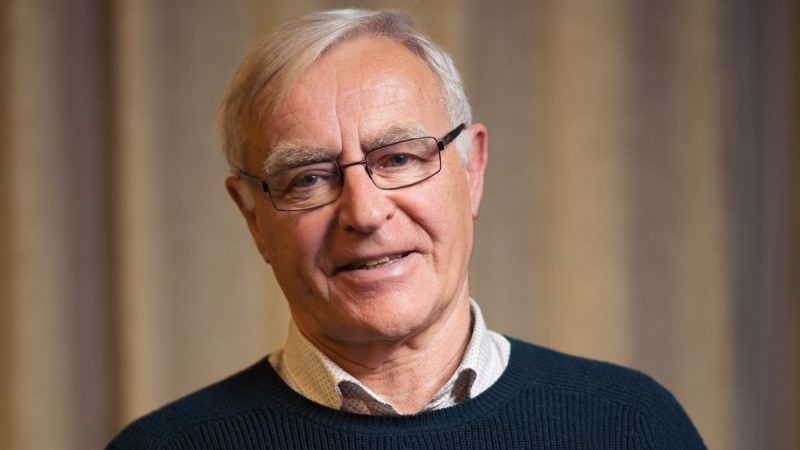 European and local elections are two powerful opportunities to influence the path of politics in Valencia. Community and national polls can seem secondary. Today’s themes such as quality of everyday life and climate change affect today’s individual livelihoods and many generations to come.

A possibility to vote is presented to many expats in Valencia during May 2019. This is an opportunity to hear the mayor’s opinion on a range of topics.

Regardless of their political leanings, why should expats vote in the upcoming election?

Because València is the city that welcomes them with open arms and wants to take them into account when implementing its public policies. That’s why their opinion is important. Expatriates in Valencia are full citizens, and that is why I want them to be involved in the day-to-day running of their city.

Do you consider the European or the local election to be of greater importance to expats in Valencia? For what reasons?

Both elections are important. In the case of local elections, it should be borne in mind that the City Council is the place where the policies that most affect citizens are debated and agreed upon; the policies of greatest proximity and those that are felt in the day-to-day life of any person. In the case of European elections, I believe that the direction that Europe takes in matters such as human rights or respect for the environment and policies to prevent climate change are crucial for the people who live in Valencia and all over the planet.

There has been a sizeable increase in dedicated bicycle lanes in Valencia over recent years. Why is that? Exercise? Air quality? Noise pollution? Other? What is the long term goal?

Because health comes first. It is estimated that in Spain alone 93,000 people died in the last decade as a result of diseases directly related to pollution in cities. This pollution is caused, above all, by motor vehicle traffic. During these 4 years València has risen to the level of the main European cities in terms of sustainable mobility, and it is a source of pride that citizens are committed to the health of people and the sustainability of our environment.

Large areas of pedestrianisation are noticeable in the city. Is there a policy to remove even more vehicles from Valencia? Could districts outside the old town experience reduced traffic too?

Cars are not prevented from driving in Valencia. What we have done is to distribute the public space among all the people: those who walk, those who take the bus every day, those who go by bike or scooter and those who use their car or motorbike. Everyone has the right to move in public space, which must therefore be shared. This environmental health and sustainability policy is applied in the centre (where there is the greatest accumulation of traffic) but also extends to all neighbourhoods to make them healthier.

Is the electrification of motor vehicles, motorcycles and mopeds a priority for the town hall?

They are a commitment of the City Council of Valencia at present, and in fact, we have put into service the first electric chargers on the public road or in car parks such as the Central Market. In addition, fiscally, we discount those electric and hybrid vehicles. Any contribution to the care of the planet is important.

The level of renovation in Valencia has increased noticeably. Do you foresee further regeneration?

Regeneration has come in several forms. On the one hand, since 2015, there has been a regeneration of the political parties, with the entry of new options such as the one I represent myself, Compromís. But it is also true that there has been a renewal in public policies: now we are thinking more about social action, the environment, and the services that the neighbourhoods need.

Is AirBnB good for the city or is it a problematic issue?

The collaborative economy will always be welcome in Valencia. Something very different is what has happened with some large companies dedicated to renting tourist apartments (behind which, many times, there is what is known as ‘vulture funds’). These big companies that buy entire buildings to dedicate them to tourism, have made the price of housing more expensive in some neighbourhoods, such as Ciutat Vella or Russafa, and many of the neighbours who lived there have ended up being expelled. We cannot allow this. That is why we advocate a regulation that allows the right to housing.

New stores and gastronomy are being opened regularly. Will this continue in the foreseeable future? Is the city becoming more varied or more monotone?

In Valencia we take care of traditional and local commerce. Why? Because it is a sign of our own identity. Because it is a singularity that we can offer both to our neighbours and to our visitors. That’s why we promote municipal markets, or neighbourhood shops, with economic aid. Large business chains can also be established in Valencia, of course, but we know that what gives us added value is what makes us unique in the world: our proximity trade.

Expats continue to relocate to Valencia. In what ways does this benefit the city?

Personally, I am delighted that Valencia is considered a destination for all those who want to work in such a wonderful place, set up a business, study here, or simply opt for Valencia as a place to settle down with their families. This is beneficial for a city that has historically been nurtured and enriched with cultural exchange, with the dynamism brought by new residents in Valencia.

Do you believe that Valencians will continue to be so welcoming to foreigners when numbers continue to rise?

Valencia has always been a land of welcome, and we Valencians have also been emigrants throughout our history. Foreigners are a source of wealth, both cultural and economic, as they contribute to the economic dynamism of the city. We want Valencia to be a land of opportunities for those who were born here and for those who are drawn by its attractiveness.

Is reducing debt further or attaining a balanced budget an important future policy in Valencia?

The most important thing, without a doubt, is the quality of life of the people who live in Valencia. That all neighbourhoods have green areas and services nearby, that quality air is breathed, and that socialization between people is optimal. This is achieved through economic policies based on effectiveness and efficiency. This is what I have tried over the years as mayor, reducing the public debt that we had by half, and allocating the interest that was previously paid to the banks, to make investments in the neighbourhoods.

If voters re-elect you to office next period, could you say which would be the three most important goals for you to achieve that you haven’t been able to fulfil to date?

A first objective is to achieve a housing policy that brings us closer to the right to decent housing established in the Spanish Constitution. The second objective will be to continue implementing active employment policies, which in these 4 years have allowed the creation of 15,200 jobs. My third main objective is to implement green policies, such as, for example, extending the wooded areas in the city.

Is there any unstated question you would like to address?

It has been a pleasure to be able to help you. I hope that the people who live in Valencia, whatever their origin, will be able to enjoy our neighbourhoods, our culture and our people.

Many thanks for your thoughts Joan, Mr Mayor!

Honouring disclosure, your writer declares he is a liberalist and registered to vote in the UK. Other local candidates are offered a voice on the expat eGuide. City Hall was one a sponsor for the creation of Amazing Capitals Valencia.

Welcome to Valencia! It is my great pleasure to invite you to enjoy this magnificent city. As mayor, I passionately believe we can all come together and live contended lives.

A fresh city guide for expats